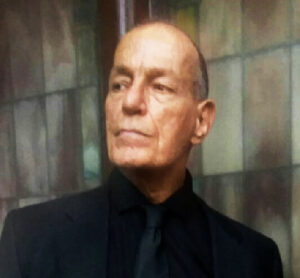 We are so saddened to say our dear brother Brice Robert Harrison, 62, has passed away.  He died on Feb 4th of COVID 19 at his home in Bronx, NY.  Brice, born in New York City on October 14, 1958, was the son of Patricia Harrison and Robert Harrison.

He is survived by his twin sister Anne Bradley Harrison, his youngest sister April Brooke Harrison, older brothers Jim Chevallier and Victor Harrison, and by me, Maureen (Donahue) Winzig, his honorary sister. A memorial for friends and family is being planned for this summer.  Please visit Brice’s Facebook page for more information, to leave messages and to see photos at Brice Harrison FB.

Brice relocated with his family to Pleasant Valley, NY until finishing high school, after which he moved to Boston, then to Paris and the south of France. After briefly returning to Pleasant Valley, he lived, for the rest of his life, in New York City, where he become a construction contractor, often working on the houses of prominent clients. He was an expert woodworker and musician and later built guitars. Late in life, he also did acting work as an extra, including a featured spot as a casino pit boss on “The Marvelous Mrs. Maisel”.

In 1965 I met the Harrison family when Brice, Anne and I were 7 years old and sister April was but 5. Their home was an oasis in the rural community of Pleasant Valley with horses and a spring fed pond. The 3 of us would conduct experiments with toys in the attic and ride horses bareback.  Later, Brice would collect albums of the eclectic music of that time, and we would sit for hours listening and discussing with Brice holding court.  The entire family was musical and the big family dinners would end with the four of us, the parents, and sometimes older brothers, breaking out instruments playing and singing around the dinner table.

As an adult, Brice grew to be extremely physically fit and handsome.  His stature and stride were unmistakable and bold.  With head up and with long strides, you knew when Brice walked into a room.  His deep voice and robust laugh were memorable.  Always good with his hands, Brice found much work in carpentry and his love for building guitars gratified him.  But it was his stature that got him work in television. It was his love and deep knowledge of music of all kinds that sustained him.  We miss him dearly.